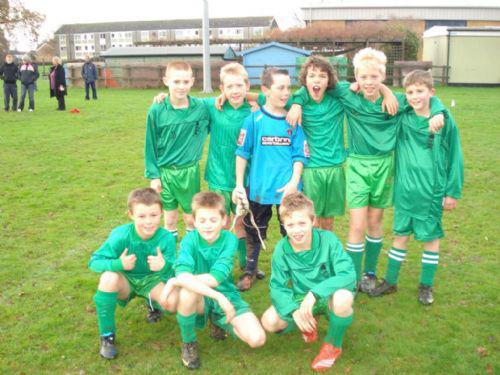 Meath Green played their second full match of the season on Friday 20th November 2009. They were hoping to make up for their very disappointing
1-1 draw against Burstow earlier this year.

The team started well with some great passing and movement. At last to Mr Amerio’s delight we were getting the ball wide and supporting the ball. This helped the team create lots of goal scoring opportunities. Finally after a few minutes of constant pressure a low corner came in from Jake Roberts, Benjamin Elliott flicked it on and big Ben Lane stuck his leg out boldly to tap it in. A well deserved 1-0 lead to the visitors Meath Green Juniors.

After the restart there was lots more pressure from Meath Green, so such so the defence had moved up to become the attack.

Manorfield’s goalkeeper collected the ball after one of the many attacks on the Manorfield goal. He booted it up the empty Meath Green end of the field. The lone striker and two midfield players were 3 on 1 with our keeper. Where were the defence? In attack of course! And scrambling back, just in time to see the ball being slotted home past the lonely keeper. 1-1.

A brief word from the touchline and the game re started. More attacks and pressure from Meath Green, this time however with at least one player staying back this time to counter any Manorfield attack.

More pressure from the re start enabled some more good build-up play. Gus Fidler played the ball to Jake Roberts who played a one two with Ben Lane, he had the chance to put Meath Green 3-1 up but missed by a whisker.
Attack after attack and lots more pressure. The goals finally began to flow. Ben Lane got the ball out on the right wing in acres of space and tried to cross it in but the keeper punched it into his own net, 3-1Ben Lane and Meath Green.

Straightaway after the re-start Michael Wilson ran with the ball down the middle of the pitch, as he got to the edge of the box he launched a rocket shot into the top corner of the net. 4-1 Meath Green.

After this goal the Manorfield Big Band appeared at the side of the pitch. Their tunes and support gave the home side an extra surge of energy and purpose. The team started to challenge in the tackle. However the skill and footballing talent of the visitors started to show.

A great couple of passes allowed Jake Roberts to have a run down the left wing and slot it home past the keeper. 5-1 the visitors.

In the dying moments Matthew Boxall hit one home from the edge of the box.
A great performance from Meath Green, with a convincing victory 6-1 Meath Green.
Thanks to the parents for their help in transporting us and for their great support. We are looking forward to the next match. 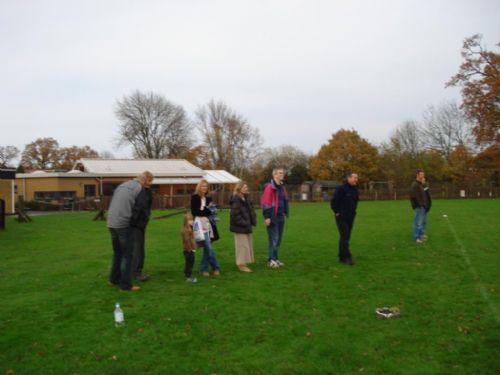