Last year (2014) was the 100th anniversary of the beginning of WWI and the Football Association encouraged all teams to organise a friendly against another side to remember the legendary Christmas Day Truce where the two opposing sides in the war met in no man’s land and swapped presents, sang carols, and even organised a football match.

We did this last year and it was so successful that we decided to make it an annual commemorative event. We played a football match against Reigate Priory again this year and in the spirit of the occasion both teams were competitive, but sporting.

If the fallen soldiers were looking down they would have had a smile on their faces in the thought that these children were remembering the sacrifices they made. 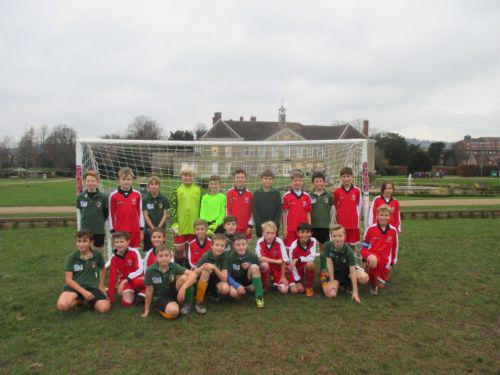