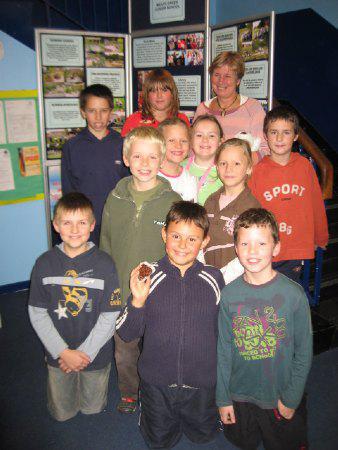 With the help of children and Parents we have raised £150 for the BBC's Children In Need.

The children suggested and organized a cake sale which was held at lunch time on 17th November, Children In Need Day.  They also sold special scratch cards for the event, guess the number of sweets in a jar competition and a guess the name of a Polar Bear cuddly toy, whose name turned out to be 'Snowball'.  Well done everyone.

The BBC Children in Need telethon has raised £18.3m, topping the amount raised on the night last year by £1m.

The final total for this year won't be known for a few months. Last years total reached £33m.

A 'sessionid' token is required for logging in to the website and we also use a 'crfstoken' token to prevent cross site request forgery.